Huge Congrats To Our Amazing Skydiver! 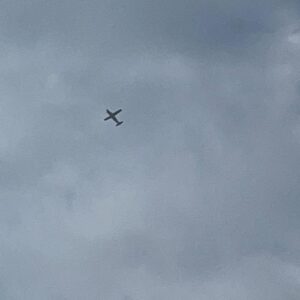 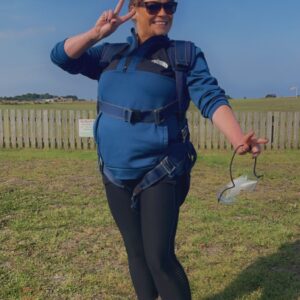 We have some wonderful, and pretty exhilarating, news to share with you all.

One of our carers at Holywell House has recently completed a 15,000ft skydive to raise money for dementia, which many of our residents across all three of our homes are living with.

As part of a sponsored charity skydive for an independent dementia charity, Vikki Pearson completed a tandem skydive which was so very brave of her!

Talking about her amazing achievement, Vikki said: “I am not massively confident with heights or, how do I put this, throwing myself out of a plane (!) but dementia is something very close to my heart. Not only do I work and support many people living with dementia, but my mam also has dementia so I really wanted to do this to not just raise money but also raise awareness too about dementia and how we can support those who have it as best we can. I was absolutely petrified but a couple of other carers came with me, Candice Jerfferson and Hollie Dixon, for moral support which felt amazing and certainly helped me to make that leap out of the plane and into the air! I am still on cloud nine about it all to be honest.”

Vikki did ever so well and managed to raise nearly £600 in total, with a staggering £463 raised from staff at Holywell House alone. All of us are amazed at not only her bravery but selflessness too for completing such a daring act. She really is a hero.